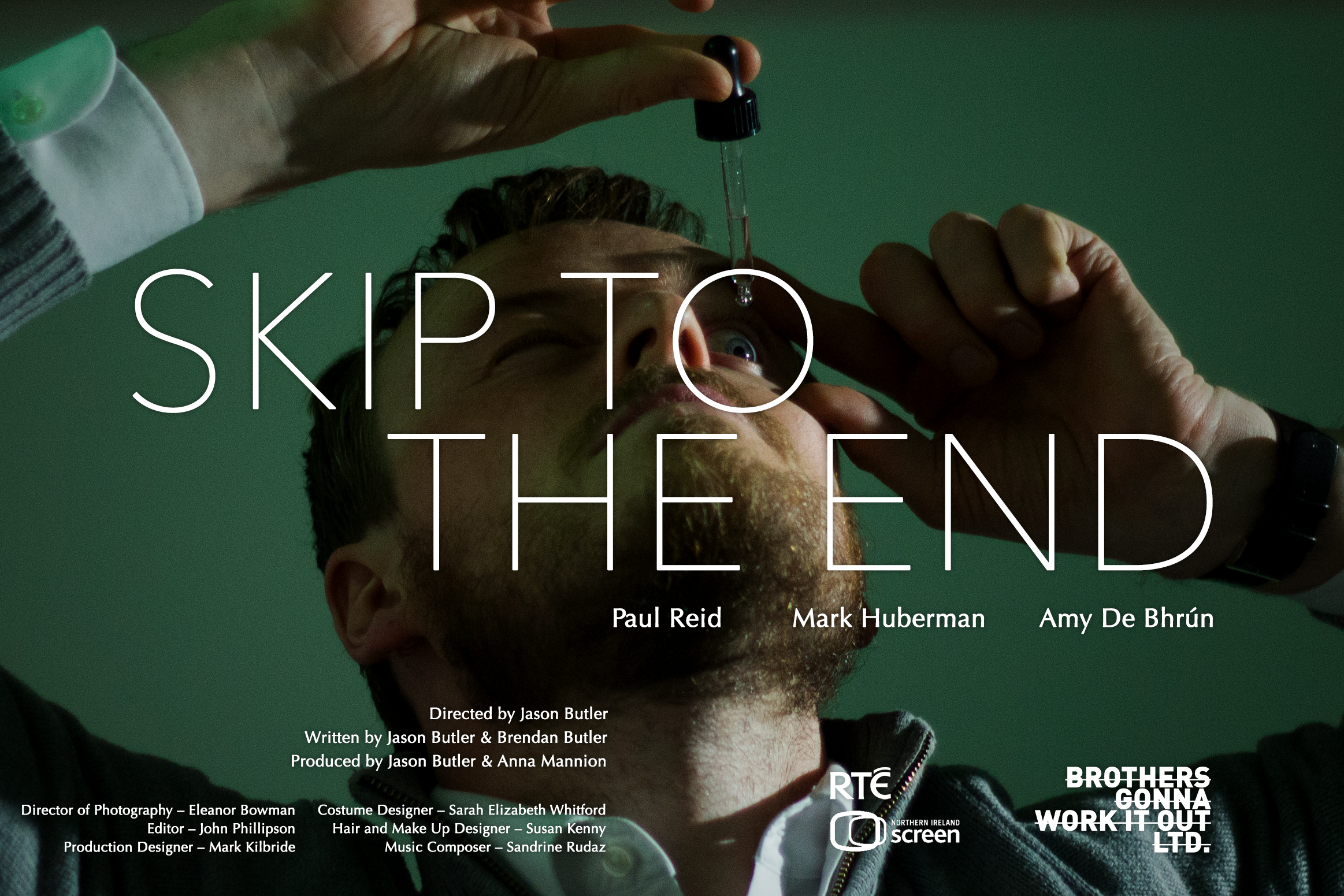 “What use is all this pain?”

A man suffering the trauma of his young daughter’s hospitalisation following a car accident is given a mysterious solution to skip past his pain.

Kieran stakes out a hospital. He’s looking for someone – Paul. He’ll have to wait. Or will he? He stares at a mysterious bottle of eye drops. Kieran met Paul in the ICU ward in the hospital. Kieran’s daughter in a serious car accident. Paul offers him a fix for his pain. The eye drops. Kieran suffering and alone takes the drops. And instantly skips forward 8 weeks. The pain gone. But at what cost?

A BROTHERS GONNA WORK IT OUT production for RTÉ