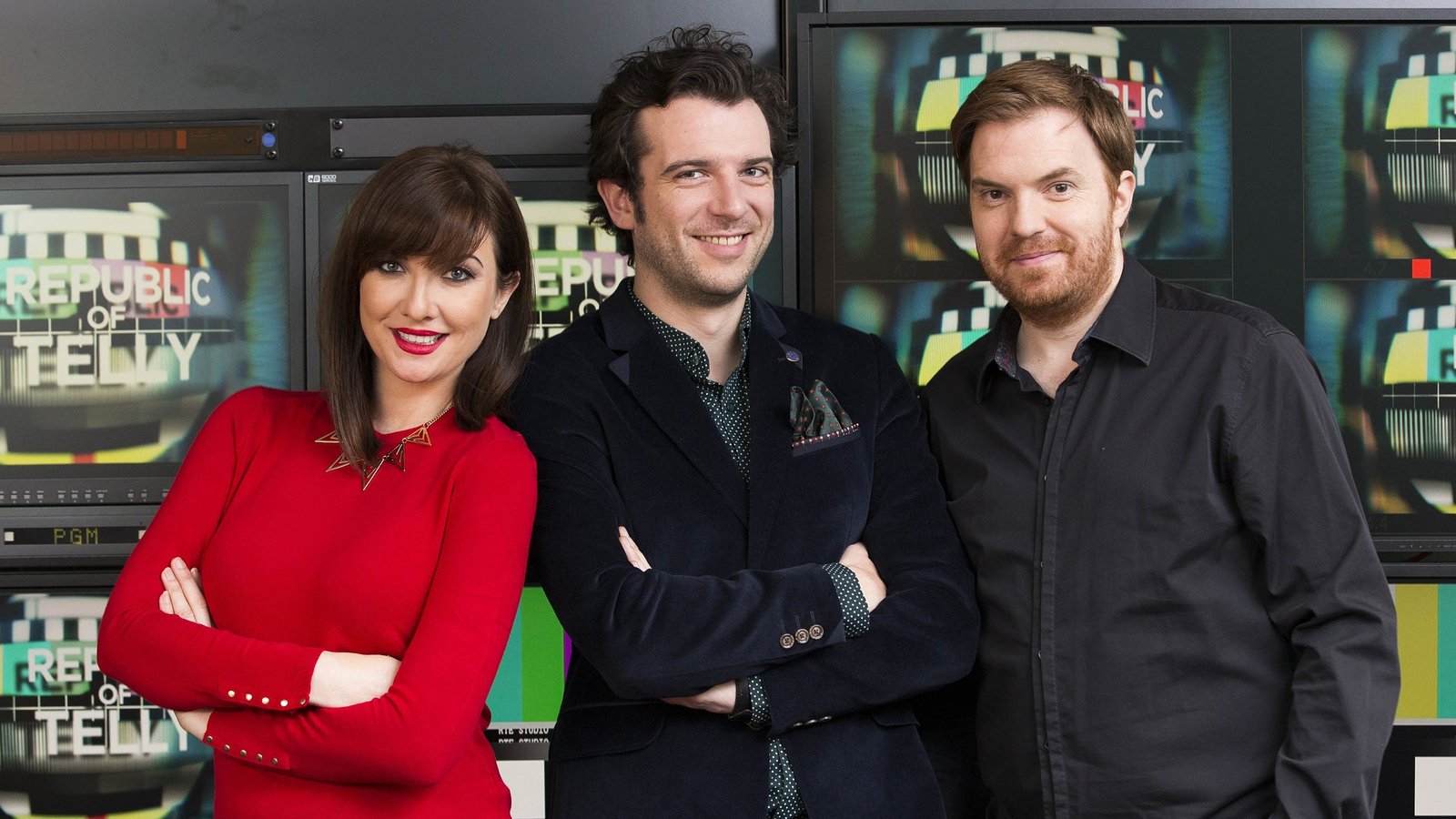 Comedy TV review / sketch show. Weekly magazine format - half in front of a studio audience and half pre-recorded sketches.

I took over as Series Producer / Head Writer for series 11 & 12 of Republic of Telly and increased ratings 50% year-on-year.

Republic of Telly was RTÉ 2’s flagship comedy show for 8 years and over 120 episodes. The show, made up of satirical TV reviews and pre-recorded sketches, would record in front of a live studio audience on Sunday evening and air the next night after a days edit. It featured and launched lots of new Irish comedy talent such as The Rubberbandits, Damo & Ivor and Bridget & Eamon.

Presented by Kevin McGahern with co-hosts Jennifer Zamparelli & Bernard O’Shea with various special guests. When Jennifer went on maternity leave I started a “Jen-of-the-week” feature where a guest celebrity would stand in for her, filled by the likes of Angela Scanlon, Laura Whitmore, Vogue Williams, Charlotte Crosby, Una Foden & Panti Bliss.